Broadcasts of Tampa Bay Rowdies home games are much improved this year. The games are now available, locally in HD on Great 38 with more camera angles and faster replays. Another factor in the improved quality is new broadcaster Trevor Degroot. If you can’t make it out to Al Lang for this weekend’s Coastal Cup match you catch Degroot calling the game For the Rowdies, alongside play by play man Jim Henderson.You can also follow Degroot on twitter at @TrevorDeGroot.

So I just want to start out by asking how you’ve been enjoying your time with the Rowdies so far. I know you’ve been working in the Tampa Bay for a while now but this is your first time broadcasting for a pro team, right?

What’s your background in Soccer? Have you been following it for a while, or is this your first foray into the sport?

Yeah it’s pretty much been my first real dive into it. I’m mean I’ve kept an eye on it from a distance. I’ve always watched the World Cups and try to watch and see whatever USA Soccer is doing. And a couple of MLS teams as well, and a little bit of the Premier League. But yeah, this is my first time diving real deep into soccer and getting a really good flow of the game. So I’ve learned a lot so far, and I’m getting a real good grasp of it in my first season with the Rowdies.

Well you’ve been working with Jim Henderson who I think started covering the Rowdies on their very first day as a franchise in the old NASL. So has been helping you out a lot, catching you up in the soccer world?

Yeah Jim’s just been absolutely fantastic. I just listen to him all time Whether we’re doing our pregame show or before the game. You know he’s got such great stories about Rowdies history, and he has such great knowledge about soccer in Tampa in general. So it’s been really fun working alongside him. Getting a chance to work with Jen Holloway as well, from Great 38 has been great. But yeah, Jim’s fantastic in his knowledge and he has such perception for Tampa bay Rowdies soccer. It’s really been a benefit to me, and I think our broadcast team as well to have him contribute and be a part of that.

I was listening to an interview with, I think he’s director of the Rowdies broadcast, Art Dryce from Video Art Productions about some of the difficulties in broadcasting a soccer match in a baseball stadium like Al Lang. I was wondering what some of the difficulties of that are for you as a broadcaster. I imagine the vantage point in the booth at Al Lang isn’t ideal for soccer.

I mean, I would just say that for me as a broadcaster we have great camera angles and a great crew. I think Art does a great job doing everything he does, with the replays and everything. For me soccer is really challenging because it’s a spur of the moment kind of thing. Because the plays develop so quickly, it’s difficult to see what’s coming exactly. So if someone gets a run or a break, you really have to dissect it very quickly and really describe it to the audience as quickly as you possibly can. So you really have to be on your toes as a broadcaster, and you know be on the lookout for things developing. Not just developing where the ball is, but also guys off the ball are trying to get behind the defense, or get in a position to get free. So it’s a big challenge as a color guy to decipher it all. It’s a good challenge too. It really tests the broadcaster not only on their knowledge but describing the play as it happens.

Yeah I’ve been following the team for a few years now from out of state, and the broadcasts improved a little bit each year, but there’s been a tremendous step forward this year in terms of replay and many other aspects.

Thanks. I really appreciate that.

I was wondering how you prepare for matches and research visiting teams. Are you relying on information from the Rowdies and their opponents for player notes? Because as a fan I know it can be a little challenging to get information about other teams in the league.

Yeah we do have to do own research in a sense. I mean they’ll give us game notes before a game, obviously our guys will provide it for us. But yeah I mean you kind of have to know your own stuff and do a little digging. That’ just what I’m learning as a young journalist and broadcaster, is that you really have to dig deep yourself, and you have to know the ins and outs. Jim does an excellent job. Being the play by play guy you basically run the show as far as the background on players. I mean as the color guy, primarily you’re just focused on what’s happening on the field. But you still have to have some knowledge, and we definitely do our own background stuff ourselves. Like this week with the Strikers, it’s going to be a great match up with former players like Fafa Picault. So he’s a guy that definitely rings a bell. It’s a really big game coming up, so we really have to be on our game with this one having a big significance in the standings, and also just the overall rivalry factor. So it kind of depends, but you have to be prepared for anything

Something I’ve noticed watching other NASL broadcasts, not to point fingers or anything, is some broadcasters can occasionally be guilty of “homerism.” I think you guys do a good job of pointing out good and bad play from both teams. Do you consciously avoid the trap of becoming the local ra ra guy?

Right. You know for me, I try to be like you said as balanced as I possibly can. And I think as long as you keep it professional, it’s okay. I think I’ve heard the phrase, “you criticize the performance, not the performer” many times. I try to be as balanced as I possibly can. I mean obviously the team is the one you’re employed by, but at the same time you want to show that professionalism and don’t want to hide too much. And you give praise when they do something right, and even when they do something wrong you don’t hawk on them, or go off on them or anything like that. It’s a very thin line. It’s kind of  like on the high wire. You just try to balance as much as you can. But for me, I mean it’s great to see that support sometimes. Obviously you want to build excitement for your hometown base, because that’s who you’re primarily sharing it with, who your viewing audience is. But you have to understand at the same time there’s also visitors and you also try to bring in new people who aren’t already watching. So you have to keep it balanced. Yes you want to bring excitement to your home base, but keep it as professional you can. At least that’s my side of things.

As someone who works covering various sports in Tampa bay, how do you view the current status and profile of the Rowdies in the area?

I would certainly say they’re the fourth most popular. Obviously you’ve got to take into consideration the Bucs, Rays and Lighting for sure. I mean they just get more exposure. That’s just the nature of the beast. I mean what obviously hurt the Rowdies obviously was the fact that, you know the NASL was gone for so long.  Now they’re back and they’re just getting their feet wet. I believe this is only their third or fourth year as the Rowdies, and of course they were FC Tampa Bay before that. It’s going to take some time. It’s a new league trying to grow again. And now they’re competing with MLS. Back in the day when Pele came to town and you had the great rivalries with the Cosmos and Fort Lauderdale Strikers that was the main soccer league and that was the one everybody into soccer in American went to go see. Now you have MLS, which has come through and taken it by storm. Now you’re competing with that league, so it’s a challenge. At the same time though, they have a great following in St Petersburg. It’d be nice to see if you could get some from the Tampa side a little bit more. It’s really popular in the city limits of St Petersburg, but it’d great if they could spread the message in Hillsborough county and other counties and see if they can get some more support.

Alright let’s shift to on the field. The Rowdies have struggled to score this year. Which is surprising as everyone expected the defense to be the problem while guys like Georgi Hristov and Brian Shriver would be knocking in goals left and right. What’s your theory on the Rowdies scoring struggles?

You know I look to at it like what have you done for me lately. And frankly, lately yeah they have really struggled, and I believe three of their last 5 games they’ve been shutout. I think it’s a mix of a lot of new players. I mean obviously Shriver’s been in and out with injuries. Guys have been shuffled in and out. It takes some time to get that chemistry down. Especially when you only play one game a week. In hockey, basketball or even baseball you play every other day so it’s easier to get the chemistry down. I just saw the Edmonton game from this past Sunday and they had such a tough time struggling in the wind and really locking down their passes. I just think some of these things come in time. They’ve had some games where they have scored some goals, but it’s a situation where they have to take advantage of runs, and take advantage of breaks and they have to create opportunities. I mean they’ve had some opportunities they haven’t been able to capitalize on, but they just have create more if they want to get on the scoreboard more and have a better shot at winning games.

What are some of the key things you’re looking for in the important Coastal Cup game this week?

I think just what I was talking about. They have to create chances. They’ve had some. I think Ricky Hill’s game is mainly to have ball possession on the offensive end. But I mean they’re going to have to start creating chances and separation. I was talking before that Edmonton game about getting free and creating some opportunities and rushes, where you can get in and you’re not just waiting around for things to happen. Especially with an offense like Fort Lauderdale that can create, and has some athletes and guys that can score. The Rowdies are definitely going to have to harp on that and get into a groove early as far as applying pressure with great and quick chances. That way the Strikers back four can’t stay in sync and they don’t have time to process. On the defensive side I think it’s pretty simple. Just don’t have those unforced errors that plagued them in the Spring. And for the most part they’ve done a pretty decent job of that. I think Mkandawire’s been excellent in locking up that back end, especially with Frankie Sanfilippo out nursing an injury. So as long as they do those thing I think they can come away with three points. 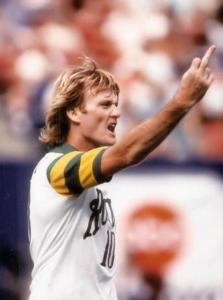